If you've ever been to a Japanese garden, you're likely to have come across Koi fish. This variety of carp comes in many colors and sizes, all dependent upon the breeding and the environment in which the fish are raised. Done right, koi can fetch thousands of dollars at auction. It takes great skill to raise beautiful koi, and one town in Japan is world-famous for it: Ojiya.

Tucked between Nagaoka and the famous ski area of Echigo-Yuzawa, Ojiya is a mid-sized city that boasts a lot of traditional culture. It's in Ojiya where you can see Japanese bull fighting (the kind where two bulls charge each other and none are killed), a variety of craft works, and Japan's largest fireworks (over a meter in diameter). Despite all of these draws, the city is most proud of its heritage in koi farming.

Stretching back centuries, Ojiya is known for producing the best variety of koi fish in all of Japan: nishikigoi. These koi are large and uniquely colored, often touted as living works of art. The traditional nishikigoi come white with splotches of orange, red, and/or black, though there are gold varieties that are also famous.

The best place to see this part of Ojiya tradition is Nishikigoi no Sato (Nishikigoi Village), a cross between a museum, an aquarium, and a Japanese garden.

Nishikigoi no Sato is a celebration of koi fish, describing how they are farmed, what gives them their beautiful color, how they are raised, and why they are so important for Japanese culture.

When you enter the gate, you can already see the beautiful Japanese garden on site, as well as a few koi fish swimming in tanks and channels. Entering the main building, visitors can enjoy a series of displays explaining the tradition behind koi farming in Ojiya (unfortunately only in Japanese). There are then a few tanks showing the younger koi being raised before entering the main viewing pool.

The main pool is large and indoors, boasting about thirty huge koi fish. If you desire, you can purchase some food for feeding the koi. Of course, the large fish will come swarming for some food, and the staff even encourages patrons to reach down and pet the fish. Some of them are extremely large, weighing several dozen kilos, but fortunately they were all docile and friendly (if not a bit greedy for some food).

Beyond the main viewing pool is a Japanese garden. On nice days, there are perfect places to sit and watch as the many koi fish swim through the channels running through the garden.

Nishikigoi no Sato is relatively small, but unlike going to actual koi farms in Ojiya, the venue offers a much more enjoyable and interactive experience when diving into the city's koi culture. You can see the whole place in 30 minutes, but it would be easy to stay for a couple of hours if you really wanted to take in the gardens and learn more about the fish.

To note: the staff are engaging, and some speak very good English, so feel free to ask questions!

There is a small entry fee. It is 510 yen for adults and 300 yen for children between 6 and 15 (children under six may enter for free). The fish food is 100 yen per cone of fish pellets (the cone may be fed to the fish as well!)

Nishikigoi no Sato is about a seven minute drive from Ojiya Station (about a 30 minute walk). There is ample parking on site, or visitors can opt for taxi or city bus from the station. The attraction is located between Ojiya's long covered shopping arcade and the Ojiya city office. 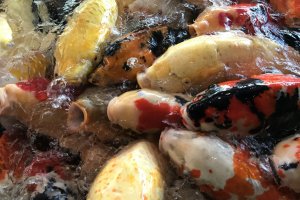 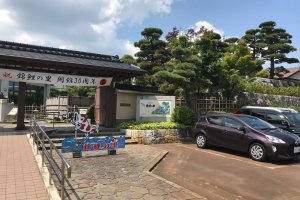 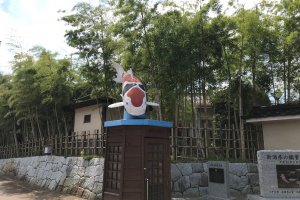 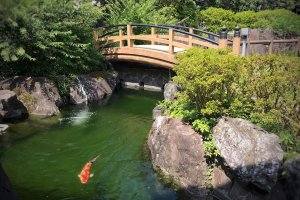 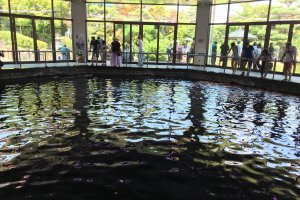 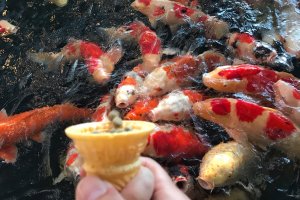